It’s probably no surprise to women everywhere, but Kelly Rowland has a huge crush on Simon Cowell.  She revealed her emotions on The Wendy Williams Show on Monday.  Well, Kelly, let’s just say you aren’t the first — and you won’t be the last.  Simon as this aura of female attract-ability that will never diminish. At least that’s the word from his camp! 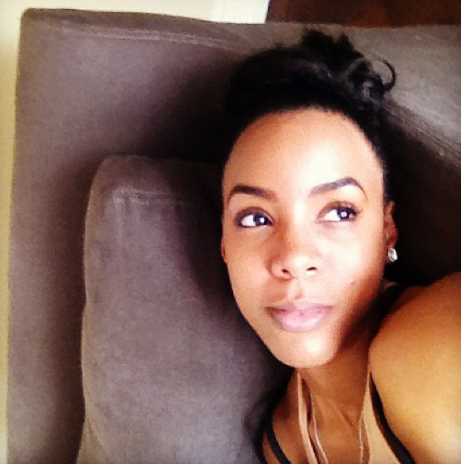 Kelly Rowland visited The Wendy Williams Show on Monday and opened up about an array of topics but first she revealed her celebrity crush – fellow X Factor judge Simon Cowell.

“I heard that we both have something in common. You think he’s sexy, as do I, this is my first time saying it,” she told Williams.

Despite being embarrassed by her confession, Rowland added, “He walks in the room and he keeps doing this like wink thing at you and you’re like ‘boy, don’t you do that.'”

Even with her little crush on Cowell, Rowland told Williams that there is actually another man in her life. The singer said that she is in love with an unidentified guy she is dating and wants to get married one day because she feels she’s “missing out.”

“He’s just a good guy and I’m just very happy above anything,” she added, without revealing his name.

The interview wasn’t solely based on her love life. Williams and Rowland also discussed the singer’s fourth studio album Talk A Good Game, which was released on June 18. Williams commented on the album’s cover, asking if the 32-year-old had a breast augmentation. Rowland admitted that she did.

“The only reason why I’m honest about that is because I think so many women inquire about it and I think that so many people are jumping to surgery nowadays and I think it’s important that you take the time, understand what you’re getting yourself into, be healthy, you know, get everything done properly, so you’re not blind-sided,” she said.

Rowland seemed content with her surgery and said, “I enjoy being braless a lot more.” The two also spoke about her album’s song Dirty Laundry, which hints at some past jealousy toward her former Destiny’s Child bandmate, Beyonce.

What does Kelly Rowland’s boyfriend think about Kelly’s huge crush on Simon Cowell?  With his popularity, looks, connections and charisma, I’d be wondering… how about you?