Former EastEnders actor Rob Kazinski revealed his inner feelings on ITV’s Daybreak show this week.  It seems that walking around on the stage completely nude  most of the time, among those hot celebrity bodies, makes him a bit week in the knees. We can understand that Rob, and we wish you all the strength in the world.

Rob Kazinsky has joked that he was intimidated by the “Hollywood bodies” of his True Blood co-stars.

The former EastEnders actor told ITV’s Daybreak how he felt nervous shooting a “naked” scene with Ryan Kwanten, who plays Jason Stackhouse on the HBO drama.

“I’m naked a lot of the time!” Kazinsky said of his role as Ben, a new love interest for Sookie Stackhouse (Anna Paquin). “There’s full nudity… there’s no hiding place! You are literally walking around in scenes completely naked.

“[There’s] a romantic scene with me and Ryan Kwanten where we’re both naked and that was an intimidating thing to do, especially with people who have Hollywood bodies!”

“Ben is the first character that has been on this show as a love interest for her that is actually a good guy – that could actually be a life for her,” he explained. 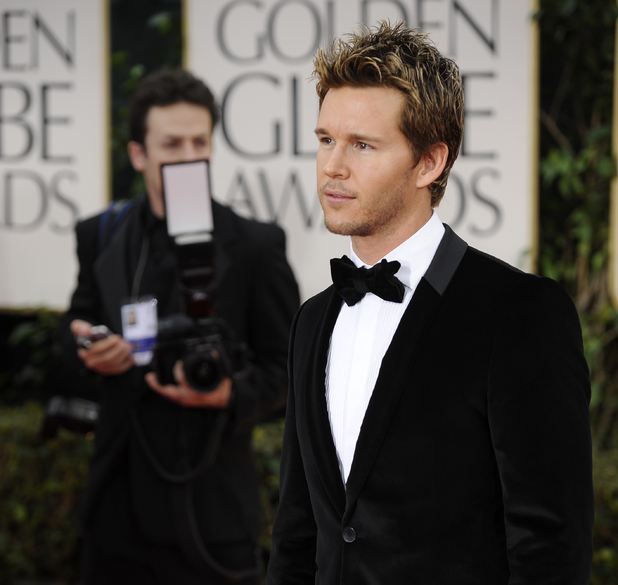 “They’re both as lost and lonely as each other… so they’re more like kin than perhaps she’s found before.”

How would you like to be on stage among those hot Hollywood bodies instead of Rob? Could you handle it? I don’t know about  you but I wouldn’t mind the test.  OK, back to reality.  True Blood airs on Sundays at 9/8c on HBO. The show’s sixth season will debut on FOX this autumn in the UK.