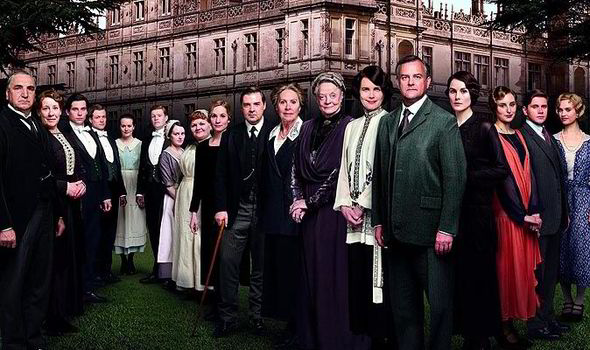 The hit show, which is set to return to our screens later this year, has found itself in three separate categories, including best actor, best actress and best drama.

Allen Leech will take on the likes of Benedict Cumberbatch and David Tennant for the prize of best actor, while Joanne Froggatt will face competition from Judy Parfitt, Sarah Lancashire and Laurie Brett in the category of best actress.

Meanwhile, the show will fight it out against other Brit favourites, including Sherlock, Waterloo Road and Call The Midwife.

Culinary goddess Mary Berry is in the running for two prizes with her hugely well loved show The Fantastic British Bake Off taking on ratings winners such as The X Factor, Britain’s Got Talent and Strictly come Dancing as best talent show title.

Her show BBC2 series Mary Berry Cooks is also up for an award and will fight it out against the likes of Gordon Ramsay’s Home Cooking and Saturday Kitchen.

The award ceremony, which will be staged on September 8, will also see Waterloo Road – which is to come to an end next year with a decade on BBC1 – is up for best drama series, competing against Call The Midwife, Downton Abbey and Sherlock.